About 2 weeks ago I was invited to a pretty cool event in Hollywood. Got Milk? is promoting summer milk treats for the  upcoming seasons and is getting local food bloggers, PR and news stations to get these awesome treats out there.

I was so exited that I was invited and even MORE excited when I heard who was going to be teaching us some of the desserts. You may recognize her…from uhhh…Top Chef Desserts….

Slightly star struck?? Nahhh! Danielle was awesome! It was an intimate group of women where she taught us the perfect and casual technique of Swiss meringue paired with a chocolate tart. But what caught my eye was her Lavender-Vanilla Panna cotta, which is what I made for you today!

Want to see more photos of the fun event? Check it out here!

1) In a saucepan over medium heat,  bring the vanilla bean, lavender, sugar, ½ cup milk and 1 ½ cups of heavy cream to a simmer.  Cover, remove from heat and set aside to steep for 30 minutes.

2) In a separate bowl, mix the gelatin powder in with remaining ½ cup milk to hydrate.

3) Reheat vanilla mixture and pour over gelatin mixture.  Whisk everything together until combined and the gelatin is dissolved.  Then whisk in the crème fraiche and strain the mixture.  Cool to room temperature. 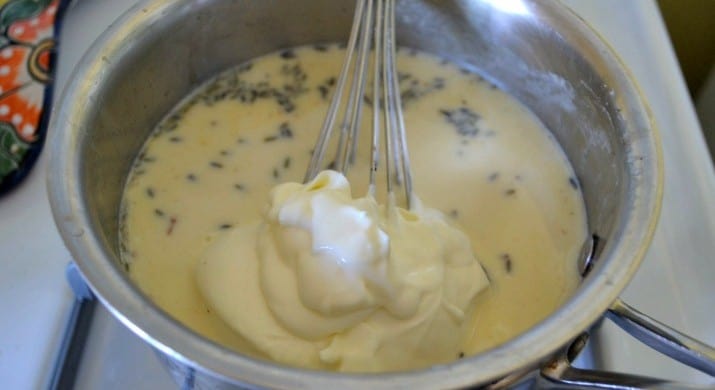 4)  Now, with an electric mixer, whisk  the remaining 1 ½ cups of heavy cream to soft peaks. I have to be honest with you. I messed up the first time when I found out I got an A in my stats class and was jumping up and down from excitement that I left the mixer on! Ha! So keep a close watch. It can go from soft peaks to cottage cheese in seconds!

5) Next, gently fold in vanilla bean mixture in two parts.

6) Pour the milk mixture into ramekins (or cups) and chill for at least 6 hours or overnight.

In a saucepan over high heat, combine sugar and water.  Boil until mixture is an amber color.

9) Whisk until dissolved then strain. 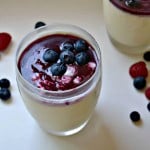 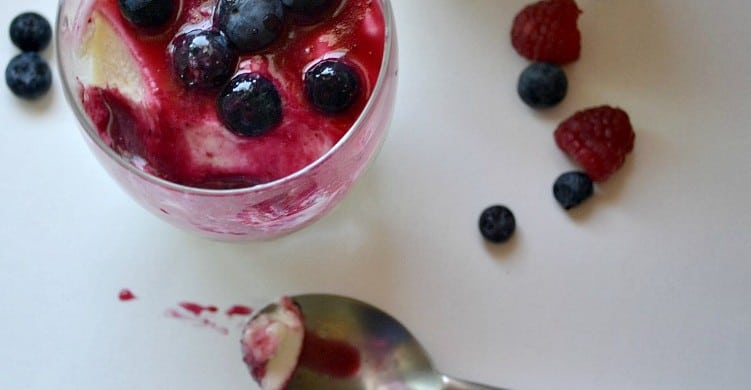 My mom's Sweet Potato Stuffed Oranges are always a

Funny story, about 10 years ago we had no idea wha

What should we cook on Insta-stories tonight? One

We are rollin' in with the flavorful fall recipes