Sweet potatoes don’t get nearly the cool wrap they deserve. With all the pumpkin-spice-mocha-caramel-apple hype that gets saturated during this time of year, poor little sweet potatoes are often left on the back burner.

Well, I am here today to tell you to pick up that sweet potato, because not only are they fabulous tasting, they are insanely-mega good for you! Hello beta carotene! Holla at the vitamin C! 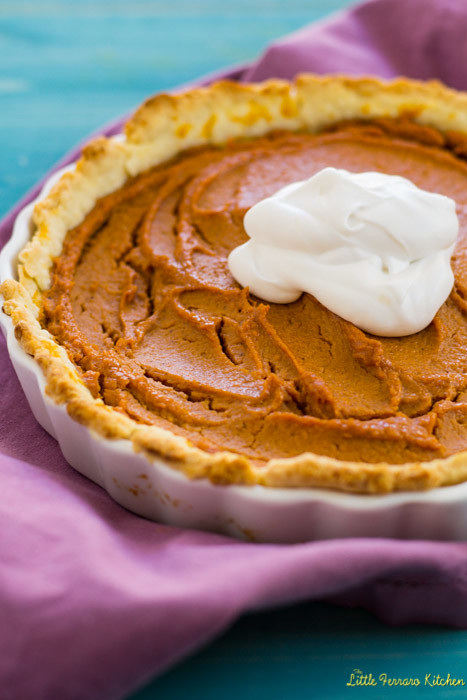 Sweet potatoes are packed with calcium, Vitamin C and Beta carotene, potassium and folate (just to name a few) and have almost DOUBLE the fiber than pumpkins! So instead of picking up that enormously heavy Holiday pumpkin, go to the potato aisle and grab a bunch of “eye” catching sweet potatoes! (did you get the pun there?) Which are a lot easier to carry and cut into than a pumpkin! Have you ever tried to cut into a pumpkin? It’s like trying to open the never-opening pickle jar.

1) Chill everything!! Chill the canned coconut milk overnight in the fridge and chill the mixing bowl and beaters.

2) When you open the can, remove the very watery/thin part and only whip up the thicker coconut milk.

3) Keep your eye on it. Start slow and gradually go faster. It won’t whip up like very stiff whip cream but it will get thicker.

4) Add powdered sugar when it begins to get soft. I learned that the coarser sugar weighed it down and it did not fluff up as I liked (at first). 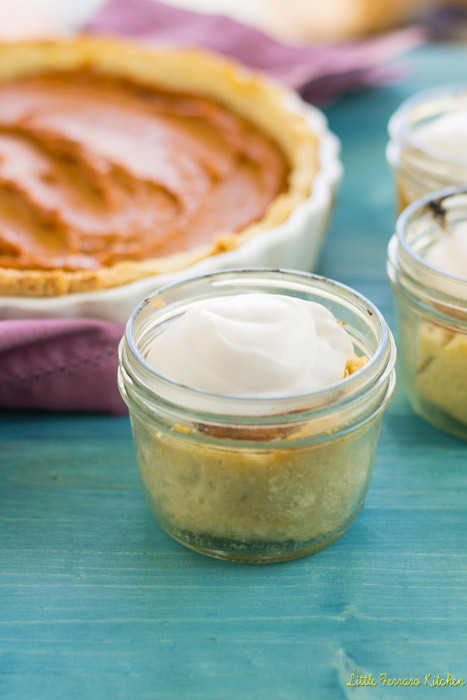 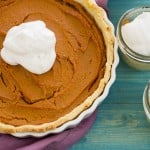 Crust recipe adapted from the book "Pies in Jars" and Coconut Whipped Cream tutorial was used from Oh She Glows
Author: Samantha Ferraro 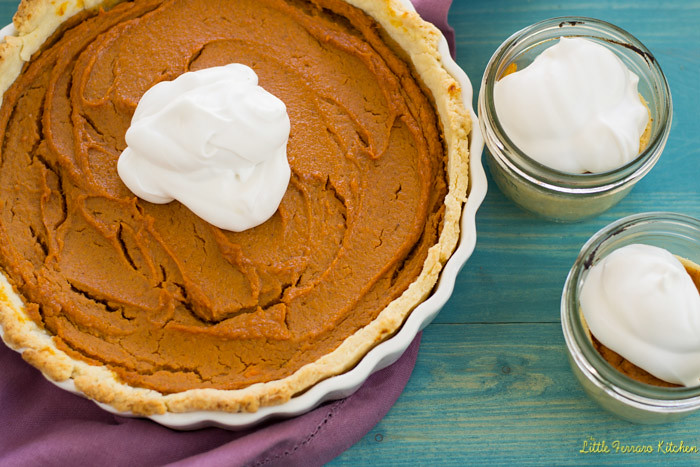 Learn to make a colorful and flavorful vegetarian

Happy Mother’s Day mom!! I miss you every single

Is there anything better then a bucket of steamers