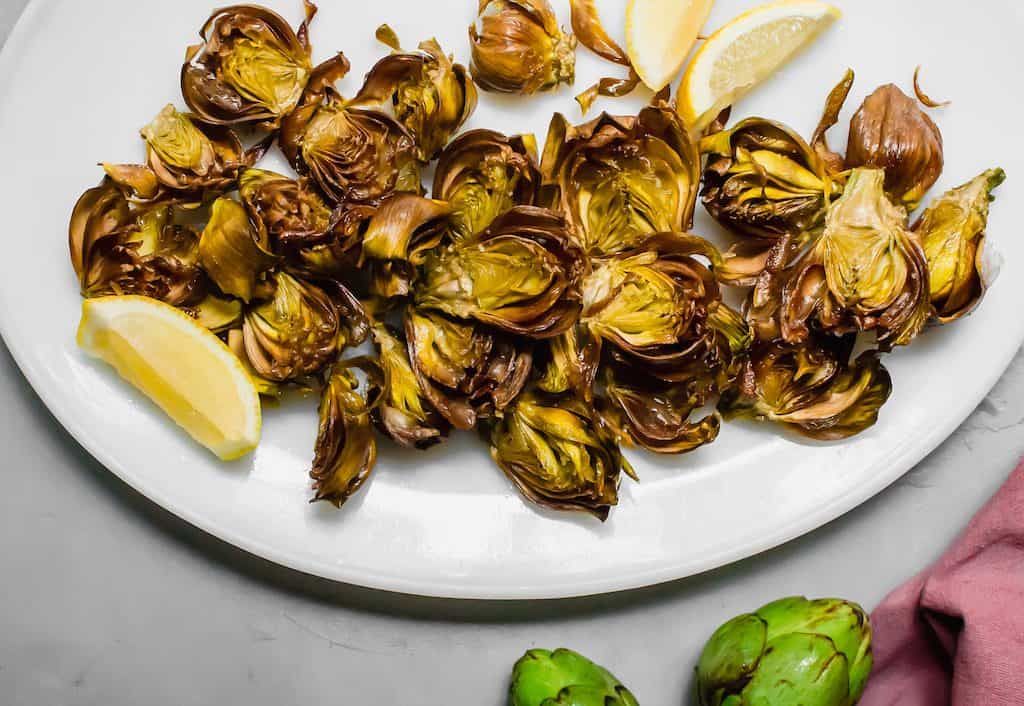 Oh if I still had the photo from our trip to Rome. One of the first places we had to go to was the Jewish Ghetto. A small village outside of the hustle of tourists.

On the agenda were their infamous Roman style or Jewish style fried artichokes and in Italian, called carciofi alla giudia, a recipe I am sure dating back to the 16th century! The only picture I have is in my memory.

A man sitting in front of the restaurant we had lunch at on a wickery wooden chair with piles of artichoke leaves around him. He was peeling the leaves off of, what looked like thousands of artichokes (I don’t think it was..but you never know!) and prepping them with confidence and speed. I will never forget that moment.  Nothing will compare to that experience, but here is my simple take on that moment. 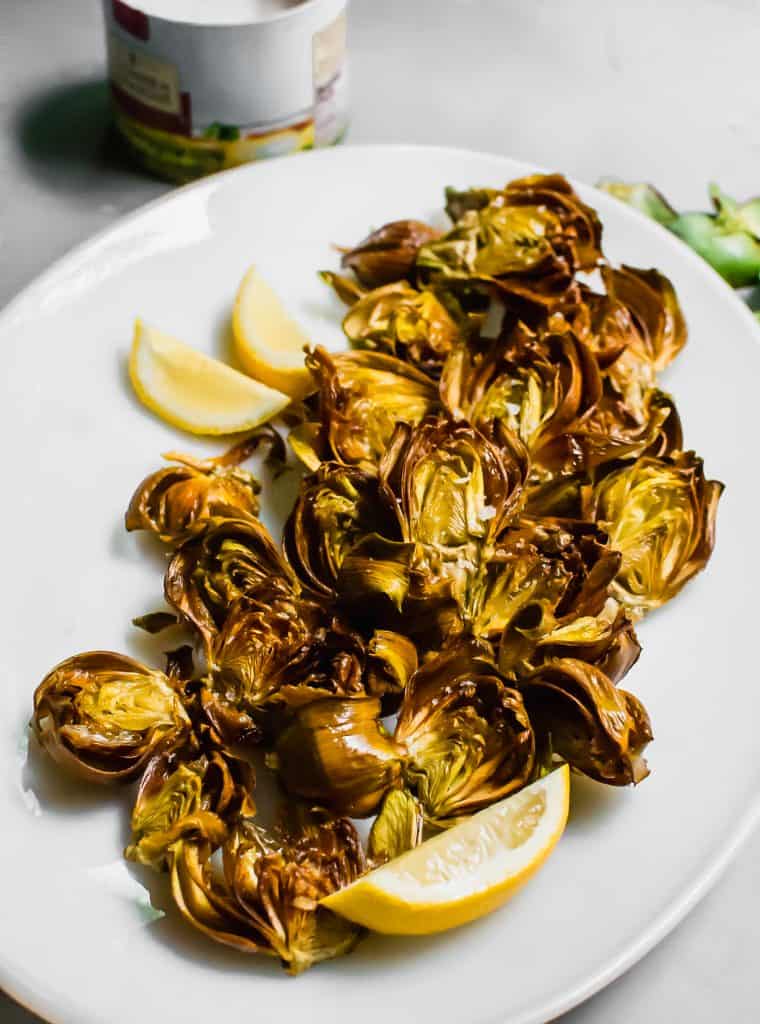 How do you make carciofi alla giudia aka Roman fried artichokes?

Baby artichokes are used in this recipe but feel free to do the same for regular size artichokes, you would need to peel and cook a bit longer.

The big takeaway with these Roman fried artichokes is that the artichokes are fried in olive oil. Not common to fry in such a delicate oil, but when in Rome…. well, you know the saying.

Begin by peeling the outside leaves until you are left with the tender center, it will almost look like the shape of an endive. Cut in half and soak in lemon water to stop any browning. Then fry the artichokes in oil. 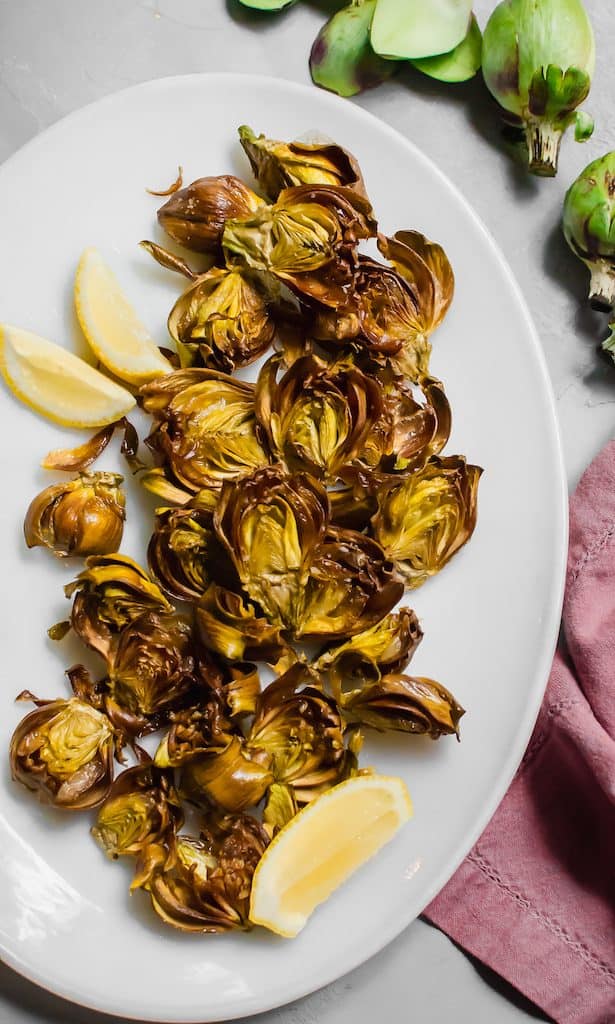 Once you make these Roman style fried artichokes, you will understand the fasination with them. Simple recipe made with the best ingredients. The olive oil doesn’t make these fried artichokes heavy in any way, but gives off a beautiful floral note that other oils just can’t offer. 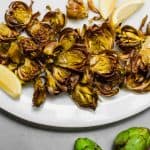 Looking for more uses to cook with olive oil? Try my olive oil braised chicken with citrus and fennel or grilled grapes with tarragon and olive oil.

*Braised Short Ribs with Red Wine*⁠ ⁠ What is