I grew up on pierogies like most east coasters. The polish dumplings are fond memories ever since I moved away from Brooklyn. However, when we visit Joe’s Aunt Joan in Pennsylvania, she always knows to order a couple dozen from the one-arm Pierogi man. Yes really, that’s what he’s called.

Traditional pierogies are a dumpling with either potato or sauerkraut filling. Those are the two I’ve had and love!

Once filled, the pierogies are then boiled and then (my favorite way to eat them), pan fried . The outside of the dumpling gets nice and browned and perfectly crispy.

Serve with creamy sour cream and oh my…this is the best treat you will have. 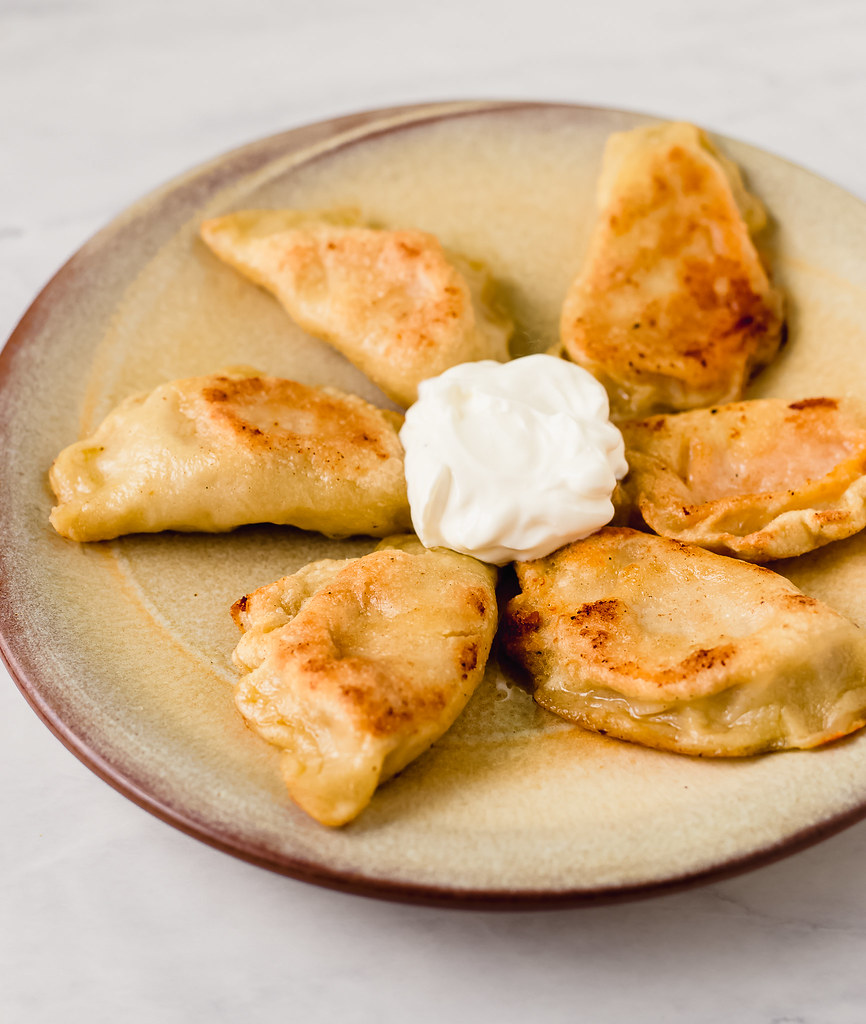 The dough is a dream to work with and couldn’t be easier. To make the pierogie dough, add flour, egg, olive oil and salt to a food processor and pulse a few times. Then stream in about 1/4 cup of warm water and pulse until the dough forms a ball.

You may need more or less water, so just keep an eye on it.

Then once done, remove and knead on a lightly floured surface until smooth, about 5 minutes.

Form dough into a ball and wrap in plastic wrap and let rest in the fridge for about 20-3- minutes.

Make dough by hand: Instead of a food processor, add flour, egg oil and salt and use a wooden spoon to mix until it mostly comes together. Then stream in water and knead until a ball forms. Then continue kneading on a clean surface until smooth. Form dough into a ball and wrap in plastic wrap and let rest in the fridge for about 20-30 minutes. 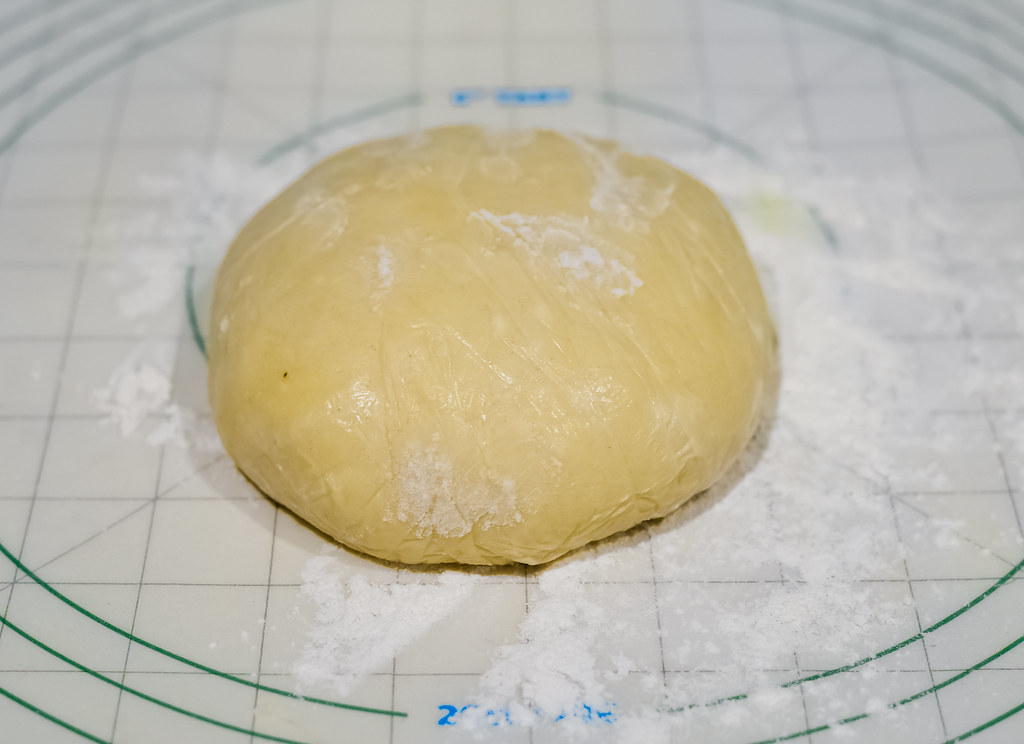 Two of my favorite pierogi fillings are mashed potatoes and the other with sauerkraut.

Sauerkraut Filling: Caramelize chopped onion in a bit of butter and oil until soft and lightly golden brown. Let cool then mix with chopped sauerkraut and sour cream. Mix to combine.

After dough has chilled, unwrap and cut in half. On a lightly floured surface, roll half of the dough to a 9 inch circle, about 1/4 of an inch thick. Use a cup or round cookie cutter to cut out circles and re-use scraps to roll out at the end. 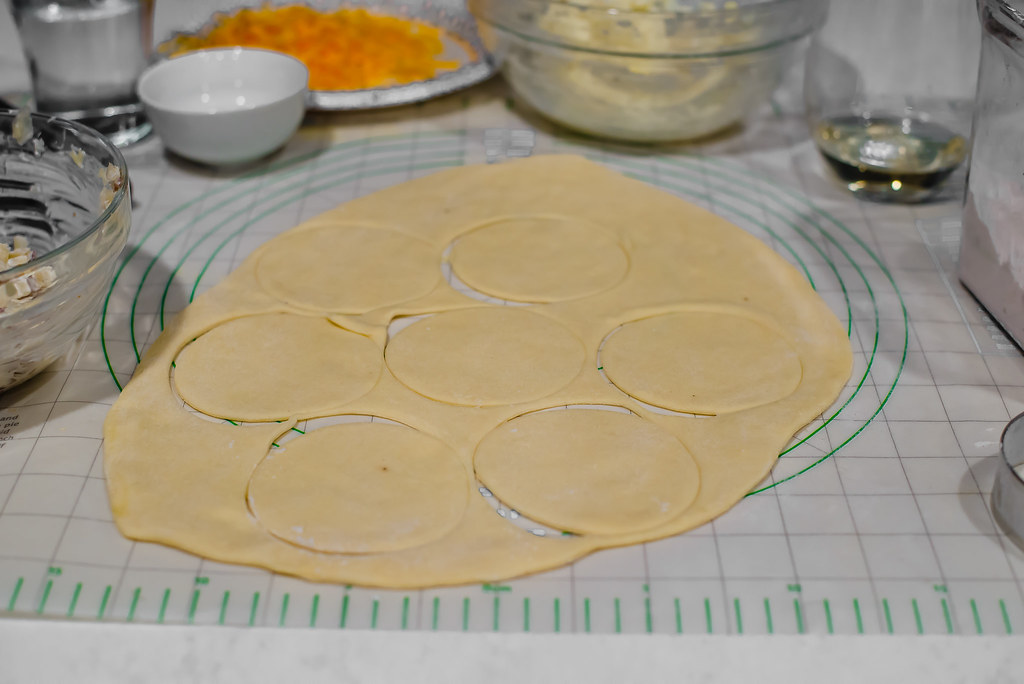 Place a teaspoon size filling in the center of your circle (don’t overfill, which will make the dumplings hard to seal). Then dip your finger in water and run it along the end of the circle. 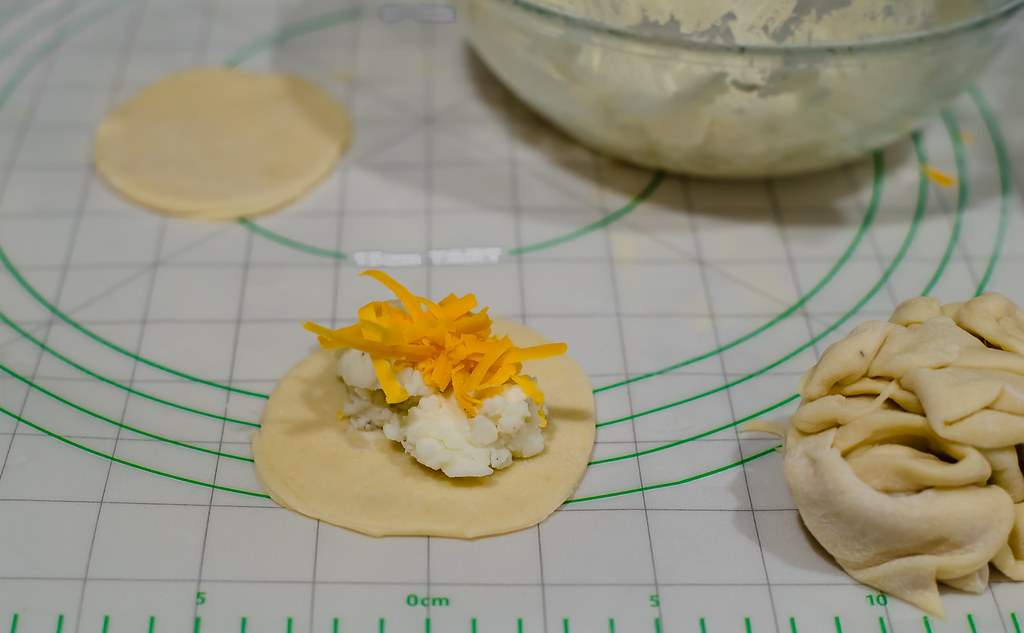 Seal the ends with your fingers and use a fork to crimp them close.  Place pierogies on parchment lined baking sheet as you finish filling the others. 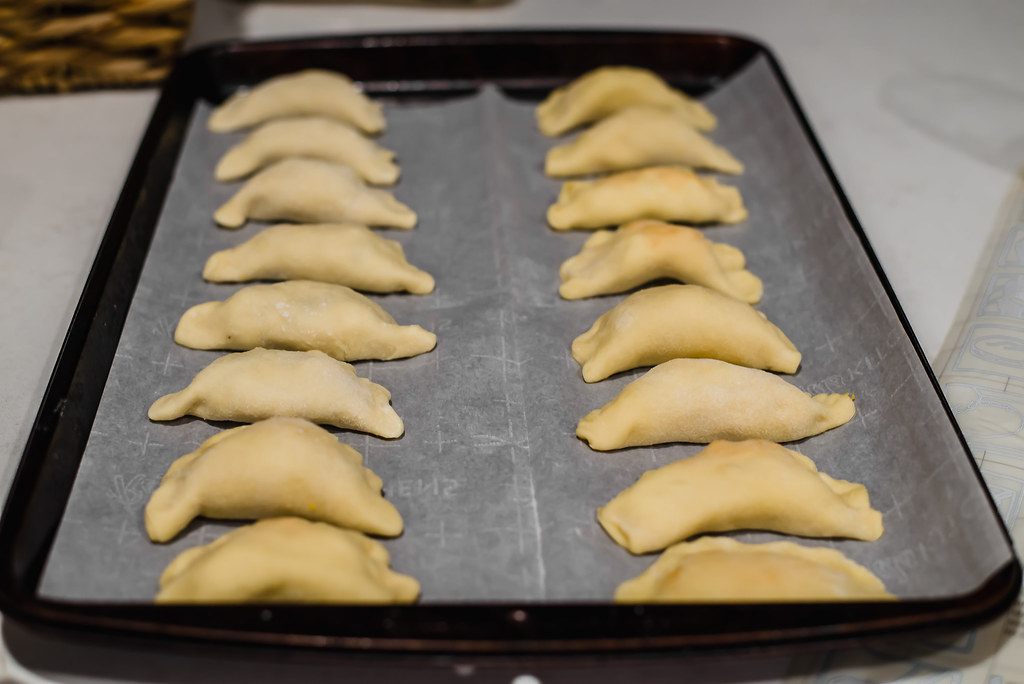 Boil: Depending how large your pot is, boil about 4-5 pierogi at a time. The water doesn’t have to be at a rolling boil, but a light boil. Place pierogies in gently and allow to cook for a few minutes. You know they are ready when the dumplings float to the top.

*You can enjoy them like this or continue and pan fry.

Pan Fry Method: If you want to pan fry, heat a non-stick skillet with 1 tablespoon of butter and brown pierogie on one side until golden brown. 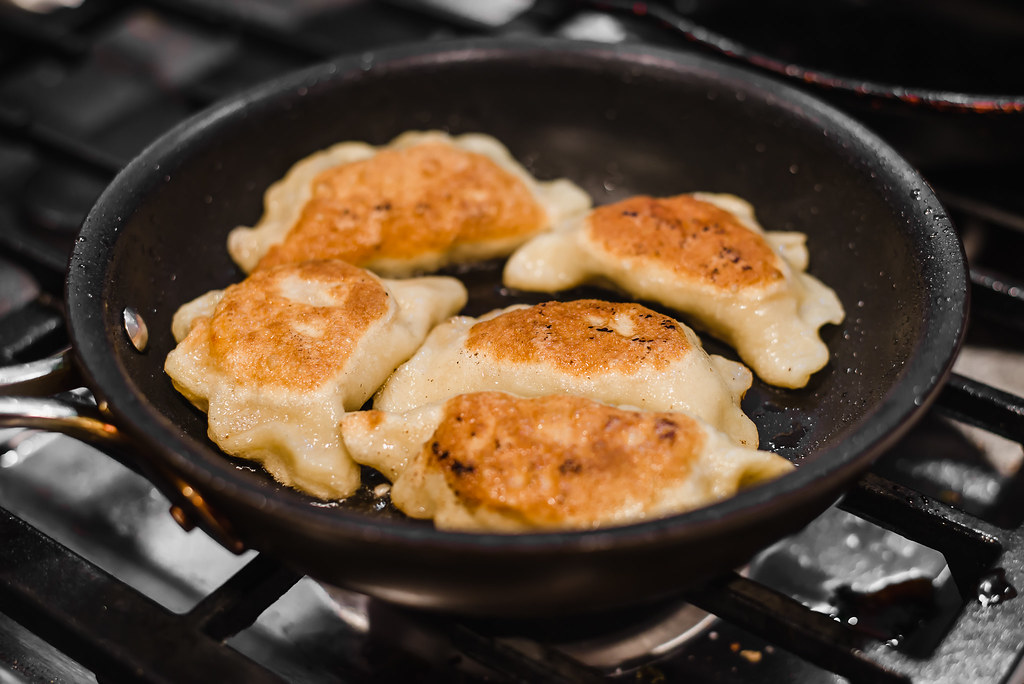 Serve pierogies with a dollop of sour cream. 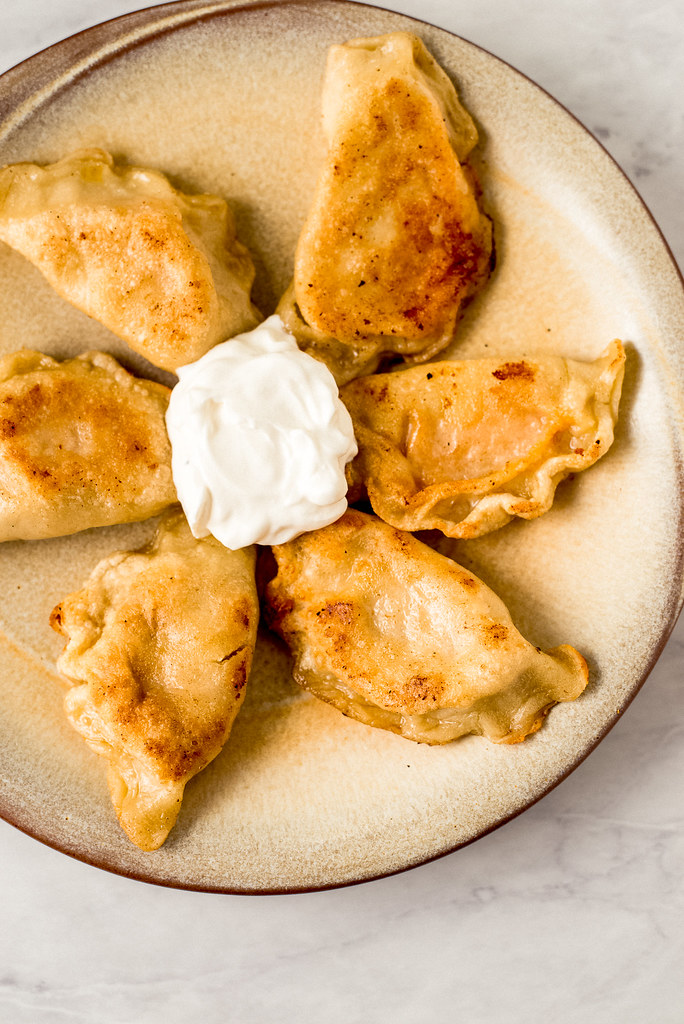 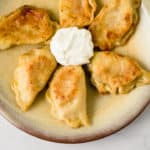 To make the dough:

Leftover mashed potatoes is perfect for filling pierogies. Make sure to seal the pierogies very well so water doesn’t leak inside. You can also freeze uncooked pierogies in the freezer and when ready to cook, cook in simmering water until they float.

Other Polish Inspired Recipes to Try: