I have a slight rant and vent to get off my chest.

I have noticed recently, and understandably it is summer, that many food bloggers and cooks are titling their recipes “Hawaiian ______” because it has pineapple in it.

Now don’t get me wrong, I am all about trying different cultures and experiencing new foods, but…

I have some news for you. Putting a pineapple in it does NOT make it Hawaiian!

And, having grown up on the beautiful islands of Hawaii, I am taking this a little personally.

Pineapples have roots in South America where the Brazilians introduced pineapples throughout South America. It then reached to the Caribbean, Central America and Mexico. When Columbus was introduced to the pineapple, he brought it back with him to Europe and then it was the Spanish that introduced it to the Philippines and Hawaii. Finally in 1900, James Dole started a pineapple plantation on Oahu that grew substantially, however, Hawaii is not the largest grower of pineapples. (Source: Wikipedia). The Philippines has the most pineapple production in the world, and America isn’t even in the top 5!

So why do we keep putting pineapple in our food and calling it Hawaiian?

Well…I just don’t know! Do you put an avocado in it and call it “Californian”?

Hawaii is a melting pot of many different cultures such as  Portuguese, Japanese, Chinese, Filipino, Korean and American. 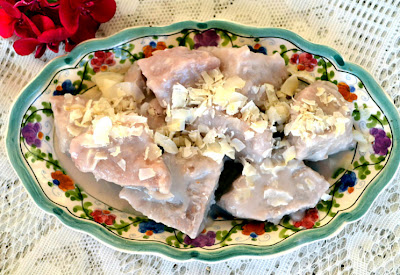 But trust me, I don’t remember putting pineapple in my cheese dip and calling it Hawaiian.

Hawaiian food is about celebrating the numerous cultures that traveled through Hawaii. It’s about sustainable eating and using whats on your land and sea.

Here are some ono recipes you will find in Hawaii.

So the next time you want to make something Hawaiian, what will you make?