An ode to Pacific and Korean flavors, these purple sweet potato latkes are topped with spicy kimchi, kichi sour cream and a healthy dash of furikake.

The beauty of this recipe is the flavor combination. The purple sweet potato latkes are as you would think, like a sweet potato, though a bit starchier in my preference and therefore they fry up beautifully. The sweet potato edges get crispy and the middle a bit soft with an outer savory layer and sweeter middle. Then roughly chopped kimchi is layered on top, saving a bit of the kimchi juice to stir into sour cream. And let me tell you…kimchi sour cream is a HUGE must do!

For more flavor pack, sliced green onions, cilantro and one of my favorite spice mixes, furikake is sprinkled all over the latkes and the dip. If you’re not familiar with furikake (actually used with Japanese food as a rice garnish), it’s a seasoning mix filled with seaweed, bonito flakes and sesame seeds. It’s salty and savory and honestly, I use it on everything! 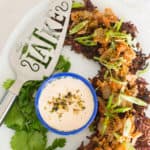 Happy Christmukkah everyone and happy frying! Wishing you all a wonderful holiday season filled with tasty eats, big smiles and full hearts! 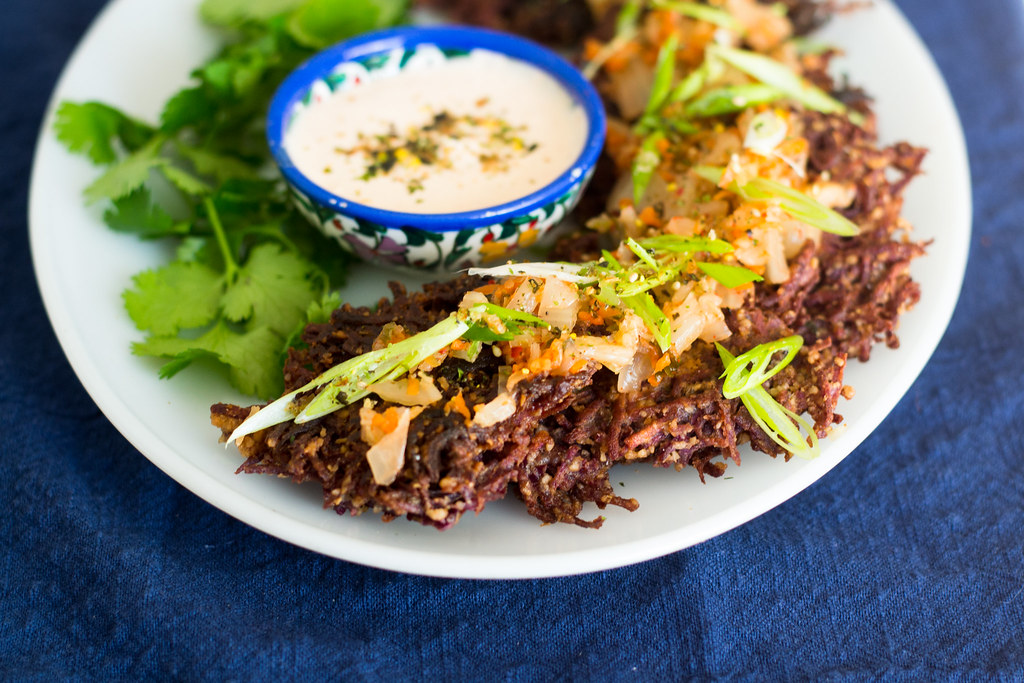