Chicken Pho is an aromatic Vietnamese soup with flavors of star anise and cinnamon. Usually taking hours, this pressure cooker chicken pho recipe is made within 30 minutes. 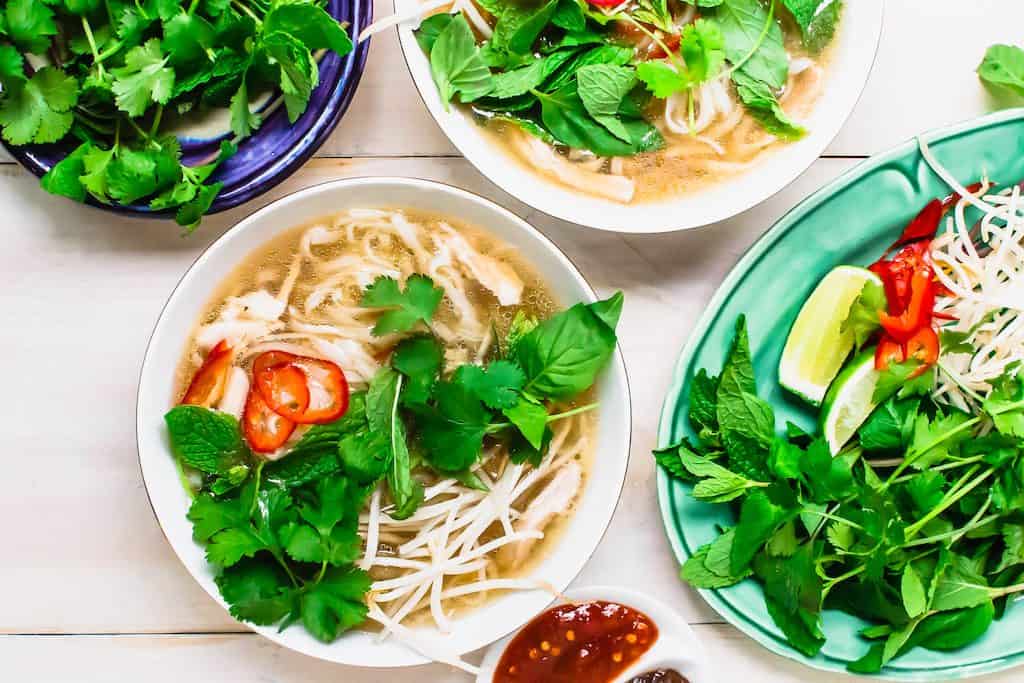 Vietnamese Pho recipe has been on my bucket list for years!

For years I have been intimidated to make pho. I heard about its labor intensiveness. The hours of simmering the flavorful broth. The steps to take to roast the bones, then rinse them, then par-boil them.

I was nervous and each and every time I enjoyed pho ga at a restaurant, I appreciated every sip and slurp because I knew how much work and energy went into the pho recipe.

When I came across my dear friend Amanda from Amanda’s Plate recipe for homemade beef pho, I knew it could be done. But not only done, but done well as she convinced me to not be intimidated.

Making stock in the pressure cooker is one of my favorite ways to use the tool (including pressure cooker soups). It condenses the flavor and is made in a fraction of the time. And of course, like any other stock, pho will take on the flavors you present to it, in this case clove, cinnamon and ginger. 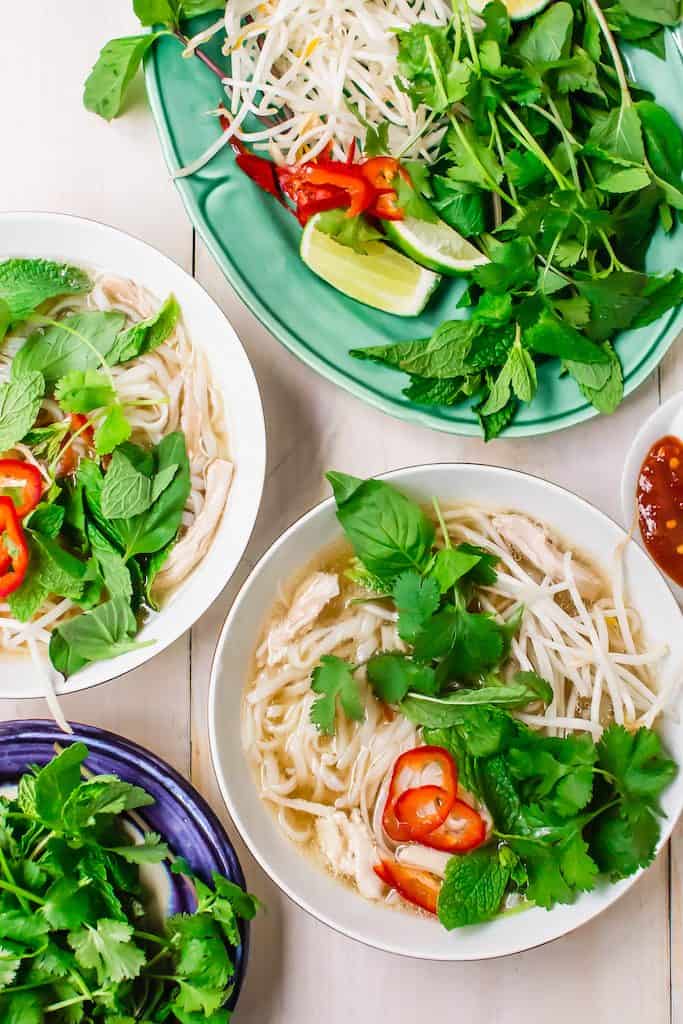 What chicken bones did I use?

Oh I had SOOOO much fun making this part of the broth. I wanted a really gelatinous broth and I have heard chicken feet is the way to go. So yes, I purchased a package of chicken feet and used about half which was 5-6 chicken feet and added them to the broth along with chicken thighs and other aromatics.

The other variation I made to the broth was that I roasted the ginger and onion. You can do this over a flame or on the grill, but I found a simple roast at high heat did the rick. The onion and ginger charred on the outside and the onion softened just enough as I didn’t want it too soft before the onion was headed to the pressure cooker.

Can chicken pho be made in the slow cooker?

Yes it can. Follow all the same steps up to adding it to the pressure cooker and instead cook on high for 4-5 hours or on low for 6-8 hours. 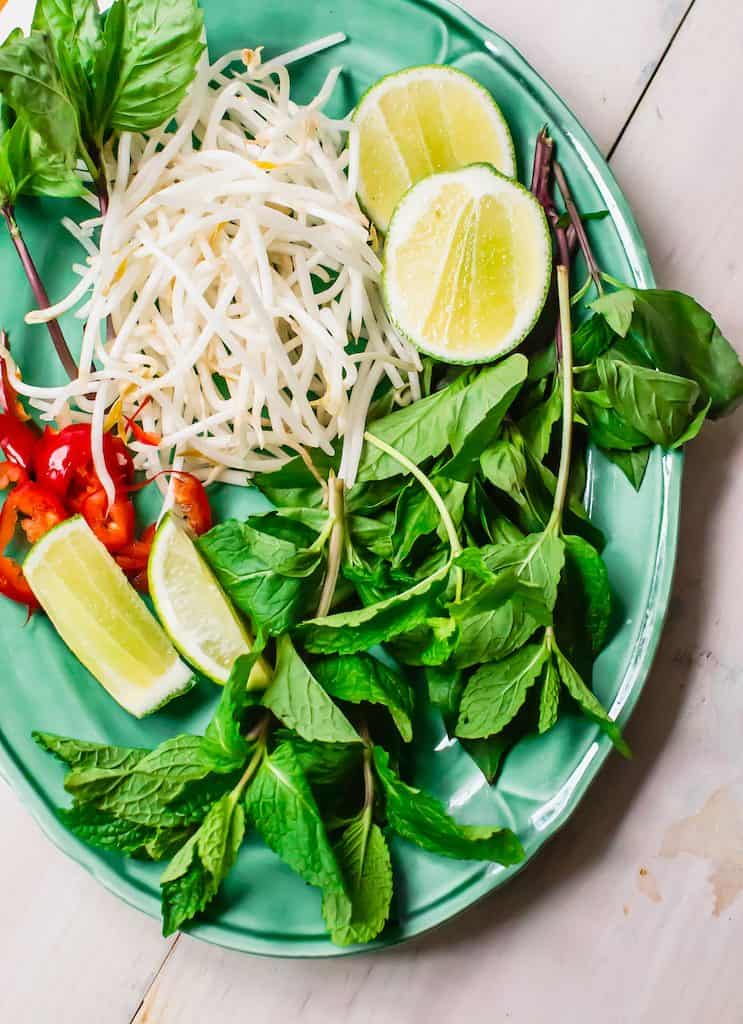 And if you are looking for other Asian flavors to be inspired with, I’d love to suggest my Rice Noodle Salad with Vietnamese Grilled Lemongrass Chicken or Kalbi Beef Bowl with Kimchi . 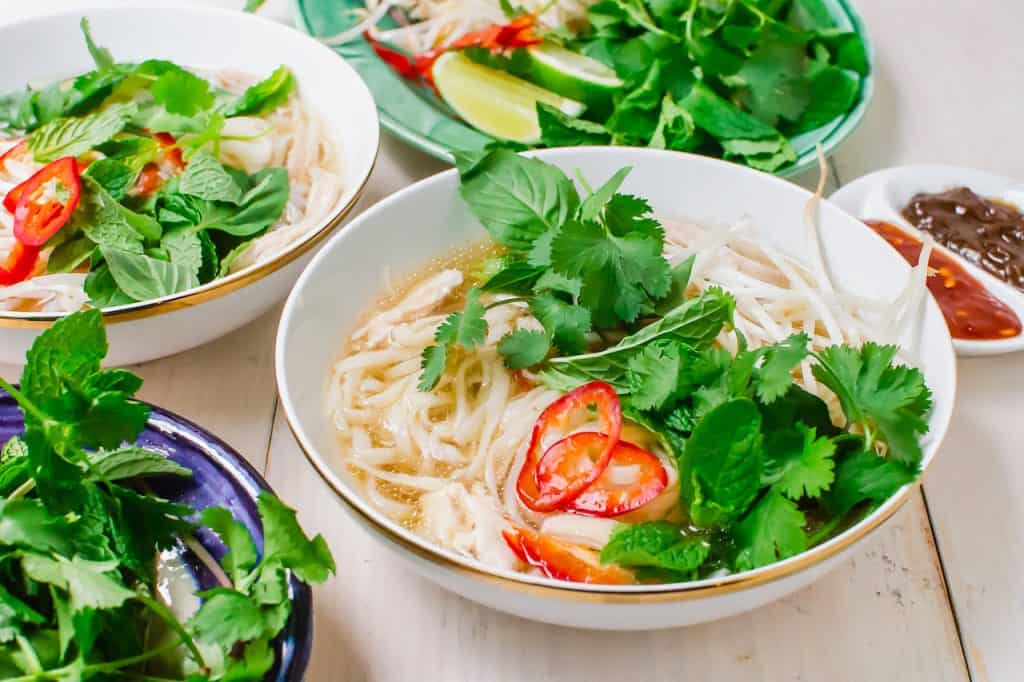 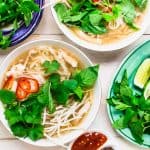